Vortex a collage/acrylic on paper mounted on canvas by Arthur Secunda - 8 decades of Fine Art Imagery, Paintings and Prints 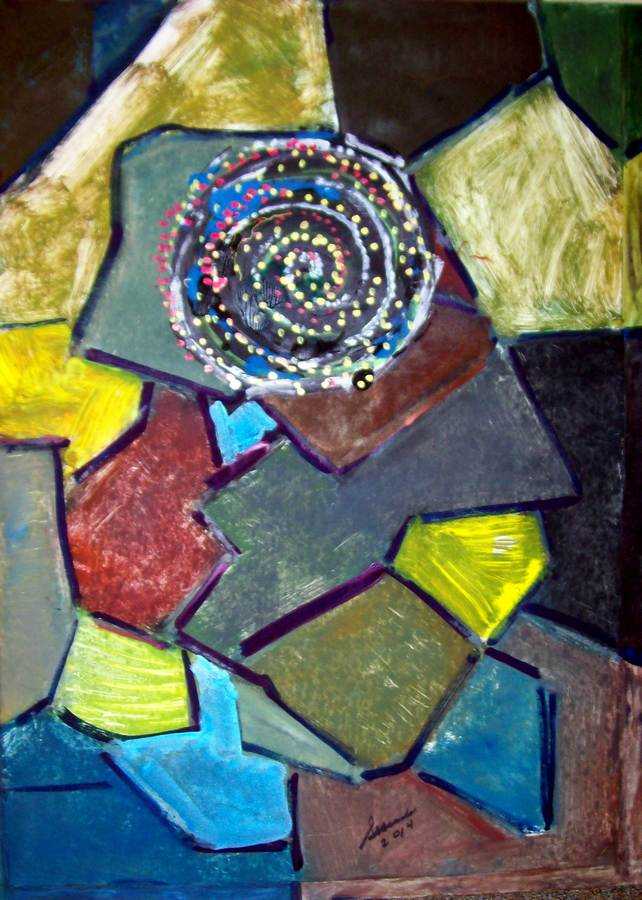 collage/acrylic on paper mounted on canvas