Print is from the original print Provence, or now called Big Sky with Cypress.
Print edges are a little wavy due to photography and the 10 foot length 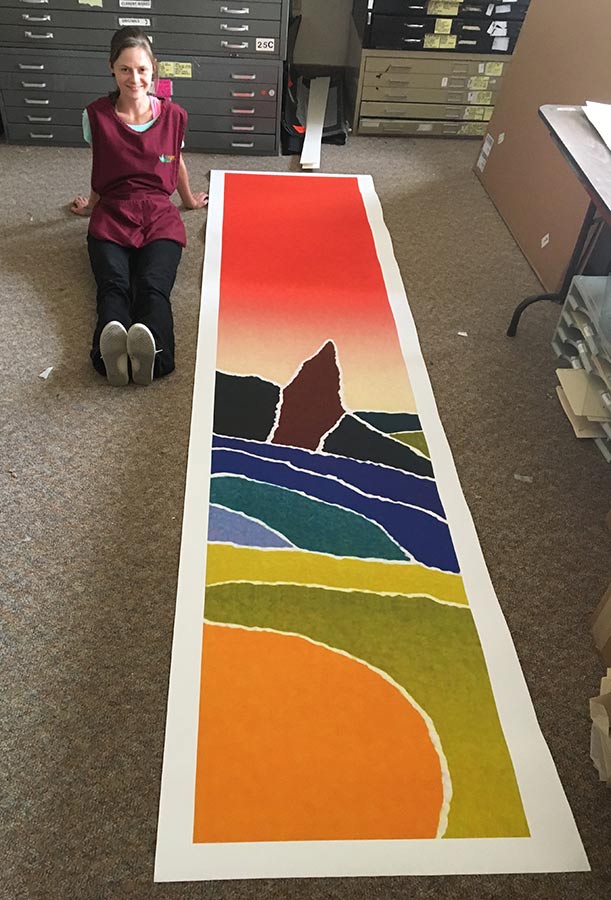